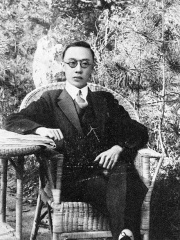 Aisin-Gioro Puyi (Chinese: 溥儀; 7 February 1906 – 17 October 1967), courtesy name Yaozhi (曜之), was the last emperor of China as the eleventh and final Qing dynasty monarch. He became emperor at the age of two in 1908, but was forced to abdicate on 12 February 1912 during the Xinhai Revolution. His era name as Qing emperor, Xuantong (Hsuan-t'ung, 宣統), means "proclamation of unity". Read more on Wikipedia

Since 2007, the English Wikipedia page of Puyi has received more than 6,974,402 page views. His biography is available in 71 different languages on Wikipedia (up from 64 in 2019). Puyi is the 239th most popular politician (down from 186th in 2019), the 14th most popular biography from China and the 8th most popular Chinese Politician.

Page views of Puyis by language

Among politicians, Puyi ranks 239 out of 15,577. Before him are Theodore Roosevelt, Martin Bormann, Konrad Adenauer, Leopold II, Holy Roman Emperor, Olof Palme, and Ashurbanipal. After him are Mars, Enver Hoxha, Emperor Meiji, Georgy Zhukov, James VI and I, and Şehzade Bayezid.