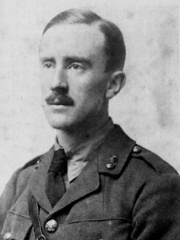 John Ronald Reuel Tolkien (; 3 January 1892 – 2 September 1973) was an English writer, poet, philologist, and academic, best known as the author of the high fantasy works The Hobbit and The Lord of the Rings. He served as the Rawlinson and Bosworth Professor of Anglo-Saxon and Fellow of Pembroke College, Oxford, from 1925 to 1945 and Merton Professor of English Language and Literature and Fellow of Merton College, Oxford, from 1945 to 1959. He was at one time a close friend of C. S. Lewis—they were both members of the informal literary discussion group known as The Inklings. Read more on Wikipedia

Since 2007, the English Wikipedia page of J. R. R. Tolkien has received more than 13,934,424 page views. His biography is available in 134 different languages on Wikipedia making him the 7th most popular writer.

Among WRITERS In South Africa