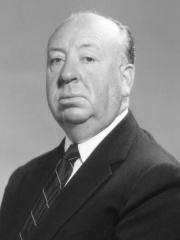 Sir Alfred Joseph Hitchcock (13 August 1899 – 29 April 1980) was an English filmmaker widely regarded as one of the most influential figures in the history of cinema. In a career spanning six decades, he directed over 50 feature films, many of which are still widely watched and studied today. Known as the "Master of Suspense", he became as well known as any of his actors thanks to his many interviews, his cameo roles in most of his films, and his hosting and producing the television anthology Alfred Hitchcock Presents (1955–65). Read more on Wikipedia

Alfred Hitchcock is most famous for his contributions to the thriller and suspense genres. He directed and produced more than fifty feature films in a career spanning six decades, becoming one of the most influential directors in cinematic history.