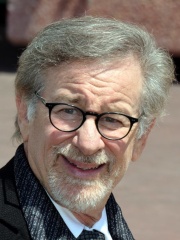 Steven Allan Spielberg (; born December 18, 1946) is an American director, writer, and producer. A major figure of the New Hollywood era and pioneer of the modern blockbuster, he is the most commercially successful director of all time. Spielberg is the recipient of various accolades, including three Academy Awards, a Kennedy Center honor, a Cecil B. DeMille Award, and an AFI Life Achievement Award. Read more on Wikipedia

Steven Spielberg is best known for his work as a film director and producer. He is one of the most successful directors and producers in Hollywood history, having won three Academy Awards for directing and producing Schindler's List, Saving Private Ryan, and Amistad.