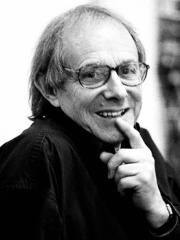 Kenneth Charles Loach (born 17 June 1936) is a British film director and screenwriter. His socially critical directing style and socialist ideals are evident in his film treatment of social issues such as poverty (Poor Cow, 1967), homelessness (Cathy Come Home, 1966), and labour rights (Riff-Raff, 1991, and The Navigators, 2001). Loach's film Kes (1969) was voted the seventh greatest British film of the 20th century in a poll by the British Film Institute. Read more on Wikipedia

Ken Loach is most famous for his films about the British working class, such as Kes, Poor Cow, and I, Daniel Blake.