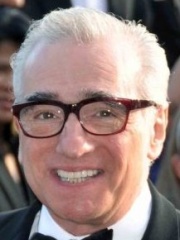 Martin Charles Scorsese (, Italian: [skorˈseːze; -eːse]; born November 17, 1942) is an American film director, producer, screenwriter, and actor. One of the major figures of the New Hollywood era, he is widely regarded as one of the greatest and most influential directors in film history. Scorsese's body of work explores themes such as Italian-American identity, Catholic concepts of guilt and redemption, faith, machismo, nihilism, crime and sectarianism. Read more on Wikipedia

Martin Scorsese is most famous for his movies like Taxi Driver, Raging Bull, Goodfellas, and The Wolf of Wall Street.