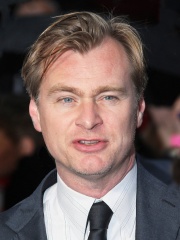 Christopher Edward Nolan (; born 30 July 1970) is a British-American film director, producer and screenwriter known for making personal, distinctive films within the Hollywood mainstream. His directorial efforts have grossed more than US$5 billion worldwide, garnered 34 Oscar nominations and ten wins. Born and raised in London, Nolan developed an interest in filmmaking from a young age. Read more on Wikipedia

Since 2007, the English Wikipedia page of Christopher Nolan has received more than 16,821,140 page views. His biography is available in 77 different languages on Wikipedia making him the 134th most popular film director.