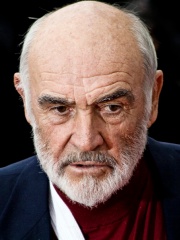 Sir Thomas Sean Connery (born 25 August 1930) is a Scottish retired actor and producer, who has won an Academy Award, two BAFTA Awards (one being a BAFTA Academy Fellowship Award), and three Golden Globes, including the Cecil B. DeMille Award and a Henrietta Award. Connery was the first actor to portray the character James Bond in film, starring in seven Bond films (every film from Dr. No to You Only Live Twice, plus Diamonds Are Forever and Never Say Never Again), between 1962 and 1983. Read more on Wikipedia

Since 2007, the English Wikipedia page of Sean Connery has received more than 18,798,175 page views. His biography is available in 114 different languages on Wikipedia making him the 15th most popular actor.