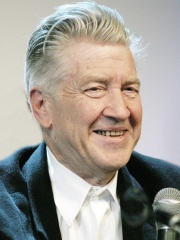 David Keith Lynch (born January 20, 1946) is an American filmmaker, painter, visual artist, actor, musician, and writer. A recipient of an Academy Honorary Award in 2019, Lynch has received three Academy Award nominations for Best Director, and the César Award for Best Foreign Film twice, as well as the Palme d'Or at the Cannes Film Festival and a Golden Lion award for lifetime achievement at the Venice Film Festival. In 2007, a panel of critics convened by The Guardian announced that "after all the discussion, no one could fault the conclusion that David Lynch is the most important film-maker of the current era", while AllMovie called him "the Renaissance man of modern American filmmaking". Read more on Wikipedia

David Lynch is most famous for his surrealist and often nightmarish films, such as Eraserhead, Mulholland Drive, and Blue Velvet.