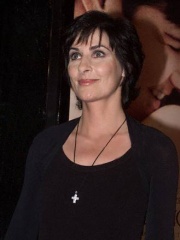 Enya Patricia Brennan (; Irish: Eithne Pádraigín Ní Bhraonáin; born 17 May 1961) is an Irish singer, songwriter, and musician known for modern Celtic music. She is the best-selling Irish solo artist in history, and second-best-selling overall in Ireland behind U2. Born into a musical family and raised in the Irish-speaking area of Gweedore, County Donegal, Enya began her music career when she joined her family's Celtic folk band Clannad in 1980 on keyboards and backing vocals. Read more on Wikipedia

Enya is a singer and songwriter from Ireland. She is most famous for her music, which is often classified as new age, Celtic, or ambient.

Page views of Enyas by language