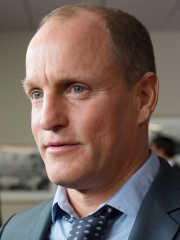 Woodrow Tracy Harrelson (born July 23, 1961) is an American actor and playwright. He is the recipient of numerous accolades, including a Primetime Emmy Award, and has been nominated for three Academy Awards and four Golden Globe Awards. Harrelson first became known for his role as bartender Woody Boyd on the NBC sitcom Cheers (1985–1993), for which he won a Primetime Emmy Award for Outstanding Supporting Actor in a Comedy Series from a total of five nominations. Read more on Wikipedia

Since 2007, the English Wikipedia page of Woody Harrelson has received more than 14,077,400 page views. His biography is available in 59 different languages on Wikipedia making him the 481st most popular actor.