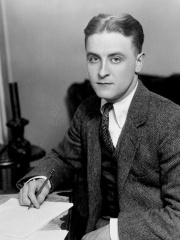 Francis Scott Key Fitzgerald (September 24, 1896 – December 21, 1940) was an American novelist, essayist, and short story writer. He is best known for his novels depicting the flamboyance and excess of the Jazz Age—a term he popularized. During his lifetime, he published four novels, four story collections, and 164 short stories. Read more on Wikipedia

F. Scott Fitzgerald is most famous for his novel The Great Gatsby, which was published in 1925. The novel is set in 1922 and tells the story of a young man, Nick Carraway, who leaves the Midwest and comes to New York City to work in a bond office. He rents a small house next door to the lavish home of Jay Gatsby, a man whom he soon discovers is fabulously wealthy, but who seems strangely reluctant to reveal the source of his wealth.