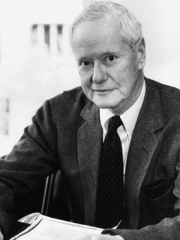 Robert King Merton (born Meyer Robert Schkolnick; 4 July 1910 – 23 February 2003) was an American sociologist who is considered a founding father of modern sociology, and a major contributor to the subfield of criminology. He spent most of his career teaching at Columbia University, where he attained the rank of University Professor. In 1994 he was awarded the National Medal of Science for his contributions to the field and for having founded the sociology of science.Merton developed notable concepts, such as "unintended consequences", the "reference group", and "role strain", but is perhaps best known for the terms "role model" and "self-fulfilling prophecy". Read more on Wikipedia

Since 2007, the English Wikipedia page of Robert K. Merton has received more than 827,078 page views. His biography is available in 39 different languages on Wikipedia making him the 9th most popular sociologist.

Among SOCIOLOGISTS In United States