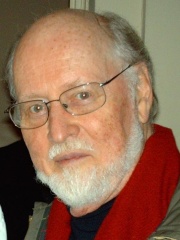 John Towner Williams (born February 8, 1932) is an American composer, conductor, pianist and trombonist. Regarded by many as the greatest film composer of all time, he has composed some of the most popular, recognizable, and critically acclaimed film scores in cinematic history in a career spanning over six decades. Williams has won 25 Grammy Awards, seven British Academy Film Awards, five Academy Awards, and four Golden Globe Awards. Read more on Wikipedia

Since 2007, the English Wikipedia page of John Williams has received more than 8,565,802 page views. His biography is available in 64 different languages on Wikipedia making him the 75th most popular composer.