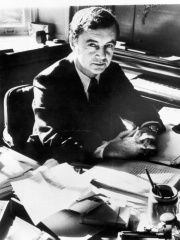 Erving Goffman (11 June 1922 – 19 November 1982) was a Canadian-born sociologist, social psychologist, and writer, considered by some "the most influential American sociologist of the twentieth century". In 2007 he was listed by The Times Higher Education Guide as the sixth most-cited author in the humanities and social sciences, behind Anthony Giddens, Pierre Bourdieu and Michel Foucault, and ahead of Jürgen Habermas.Goffman was the 73rd president of the American Sociological Association. His best-known contribution to social theory is his study of symbolic interaction. Read more on Wikipedia

Since 2007, the English Wikipedia page of Erving Goffman has received more than 924,520 page views. His biography is available in 41 different languages on Wikipedia making him the 7th most popular sociologist.

Most Popular SOCIOLOGISTS in Wikipedia