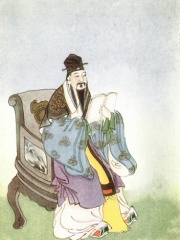 Mencius (Chinese: 孟子); born Mèng Kē (Chinese: 孟軻); ( MEN-shee-əs) or Mengzi (372–289 BC or 385–303 or 302 BC) was a Chinese Confucian philosopher who has often been described as the "second Sage", that is, after only Confucius himself. He is part of Confucius' fourth generation of disciples. Mencius inherited Confucius' ideology and developed it further. Read more on Wikipedia

Since 2007, the English Wikipedia page of Mencius has received more than 774,882 page views. His biography is available in 70 different languages on Wikipedia (up from 68 in 2019). Mencius is the 84th most popular philosopher (up from 85th in 2019), the 23rd most popular biography from China (down from 22nd in 2019) and the 4th most popular Chinese Philosopher.

Mencius is most famous for his philosophy of human nature. He believed that humans are inherently good and that the mind is a blank slate.

Page views of Menciuses by language

Among philosophers, Mencius ranks 84 out of 1,089. Before him are Zeno of Citium, Xenophanes, Giovanni Pico della Mirandola, Nicholas of Cusa, Boethius, and Walter Benjamin. After him are Carl von Clausewitz, Jean Bodin, Tertullian, Johann Gottfried Herder, Pierre-Joseph Proudhon, and Friedrich Fröbel.

Others Deceased in 289 BC