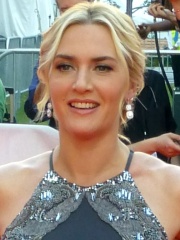 Kate Elizabeth Winslet (; born 5 October 1975) is an English actress. Known for her work in independent films, particularly period dramas, and for her portrayals of headstrong and complicated women, she has received numerous accolades, including an Academy Award, a Grammy Award, two Primetime Emmy Awards, three BAFTA Awards, and five Golden Globe Awards. Time magazine named Winslet one of the 100 most influential people in the world in 2009 and 2021. Read more on Wikipedia

Kate Winslet is most famous for her work in the 1997 film Titanic, which won her an Academy Award for Best Actress.