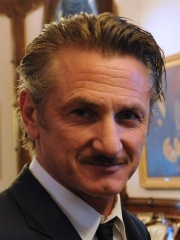 Sean Justin Penn (born August 17, 1960) is an American actor, director, screenwriter, and producer. He has won two Academy Awards, for his roles in the mystery drama Mystic River (2003) and the biopic Milk (2008). Penn began his acting career in television, with a brief appearance in episode 112 of Little House on the Prairie on December 4, 1974, and directed by his father Leo Penn. Read more on Wikipedia

Sean Penn is most famous for being an actor and director. He has won two Academy Awards, one for Best Actor in a Leading Role for Mystic River, and one for Best Director for The Assassination of Jesse James by the Coward Robert Ford.