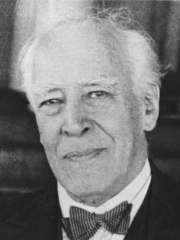 Konstantin Sergeievich Stanislavski (né Alexeiev; Russian: Константи́н Серге́евич Станисла́вский; 17 January [O.S. 5 January] 1863 – 7 August 1938) was a seminal Russian theatre practitioner. He was widely recognised as an outstanding character actor and the many productions that he directed garnered him a reputation as one of the leading theatre directors of his generation. His principal fame and influence, however, rests on his 'system' of actor training, preparation, and rehearsal technique.Stanislavski (his stage name) performed and directed as an amateur until the age of 33, when he co-founded the world-famous Moscow Art Theatre (MAT) company with Vladimir Nemirovich-Danchenko, following a legendary 18-hour discussion. Read more on Wikipedia

Since 2007, the English Wikipedia page of Konstantin Stanislavski has received more than 1,052,284 page views. His biography is available in 60 different languages on Wikipedia making him the 64th most popular actor.

Among actors, Konstantin Stanislavski ranks 63 out of 8,832. Before him are Will Smith, Charles Bronson, Bruno Ganz, Ian McKellen, Michael Caine, and Henry Fonda. After him are Paul Newman, Jane Fonda, John Wayne, Catherine Deneuve, Greta Garbo, and Toshiro Mifune.