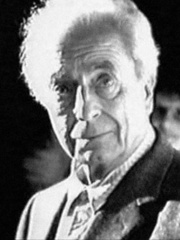 Michelangelo Antonioni (, Italian: [mikeˈlandʒelo antoˈnjoːni]; 29 September 1912 – 30 July 2007) was an Italian film director, screenwriter, editor, painter, and short story author. He is best known for his "trilogy on modernity and its discontents" — L'Avventura (1960), La Notte (1961), and L'Eclisse (1962)—as well as the English-language films Blowup (1966) and The Passenger (1975). His films have been described as "enigmatic and intricate mood pieces" that feature elusive plots, striking visuals, and a preoccupation with modern landscapes. Read more on Wikipedia

Since 2007, the English Wikipedia page of Michelangelo Antonioni has received more than 880,681 page views. His biography is available in 65 different languages on Wikipedia making him the 25th most popular film director.