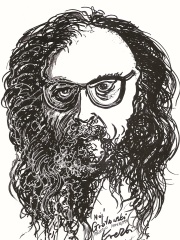 Jerzy Marian Grotowski (Polish pronunciation: [ˈjɛʐɨ ˈmarjan grɔˈtɔfskʲi]; 11 August 1933 – 14 January 1999) was a Polish theatre director and theorist whose innovative approaches to acting, training and theatrical production have significantly influenced theatre today. He was born in Rzeszów, in southeastern Poland, in 1933 and studied acting and directing at the Ludwik Solski Academy of Dramatic Arts in Kraków and Russian Academy of Theatre Arts in Moscow. He debuted as a director in 1957 in Kraków with Eugène Ionesco's play Chairs and shortly afterward founded a small laboratory theatre in 1959 in the town of Opole in Poland. Read more on Wikipedia

Jerzy Grotowski is most famous for his work in theater, which he called "poor theater." He believed that theater should be an experience for the audience and not just a spectacle for the audience.

Among FILM DIRECTORS In Poland