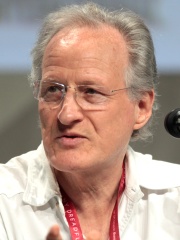 Michael Kenneth Mann (born February 5, 1943) is an American director, screenwriter, and producer of film and television who is best known for his distinctive brand of stylized crime drama. His most acclaimed works include the crime films Thief (1981), Manhunter (1986), Heat (1995), Collateral (2004), and Public Enemies (2009), the historical drama The Last of the Mohicans (1992), and the docudrama The Insider (1999). Read more on Wikipedia

Since 2007, the English Wikipedia page of Michael Mann has received more than 1,488,658 page views. His biography is available in 41 different languages on Wikipedia making him the 146th most popular film director.