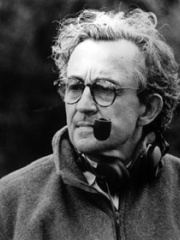 Louis Marie Malle (French: [lwi mal]; 30 October 1932 – 23 November 1995) was a French film director, screenwriter, and producer who worked in both French cinema and Hollywood. Described as "eclectic" and "a filmmaker difficult to pin down," Malle's filmography encompassed a variety genres ranging from documentaries, to romances, to period dramas, and thrillers; often detailing provocative or controversial subject matter.His most famous works include the crime thriller Elevator to the Gallows (1958), the romantic drama The Lovers (1958), the World War II drama Lacombe, Lucien (1974), the period drama Pretty Baby (1978), the romantic crime film Atlantic City (1980), the dramedy My Dinner with Andre (1981), and the autobiographical Au revoir les enfants (1987). Read more on Wikipedia

Louis Malle is most famous for being a French filmmaker who directed the movie "Zazie dans le metro" (1960).