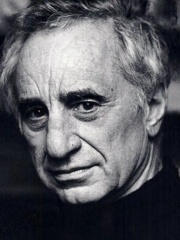 Elia Kazan (; born Elias Kazantzoglou (Greek: Ηλίας Καζαντζόγλου); September 7, 1909 – September 28, 2003) was an American film and theatre director, producer, screenwriter and actor, described by The New York Times as "one of the most honored and influential directors in Broadway and Hollywood history".Born in Constantinople (now Istanbul), to Cappadocian Greek parents, his family came to the United States in 1913. After attending Williams College and then the Yale School of Drama, he acted professionally for eight years, later joining the Group Theatre in 1932, and co-founded the Actors Studio in 1947. With Robert Lewis and Cheryl Crawford, his actors' studio introduced "Method Acting" under the direction of Lee Strasberg. Read more on Wikipedia

Elia Kazan is most famous for being the director of the film On the Waterfront.

Among FILM DIRECTORS In Turkey