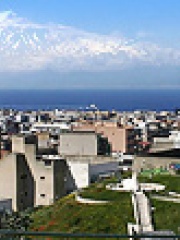 Ibycus (; Greek: Ἴβυκος; fl. 2nd half of 6th century BC) was an Ancient Greek lyric poet, a citizen of Rhegium in Magna Graecia, probably active at Samos during the reign of the tyrant Polycrates and numbered by the scholars of Hellenistic Alexandria in the canonical list of nine lyric poets. He was mainly remembered in antiquity for pederastic verses, but he also composed lyrical narratives on mythological themes in the manner of Stesichorus. Read more on Wikipedia

Ibycus is most famous for his elegies.

Page views of Ibycuses by language

Among people born in 600 BC, Ibycus ranks 27. Before him are Hippias, Thespis, Theano, Gaius Marcius Coriolanus, Cleomenes I, and Mahapajapati Gotami. After him are Datis, Lars Porsena, Demaratus, Neriglissar, Horatius Cocles, and Artaphernes. Among people deceased in 600 BC, Ibycus ranks 13. Before him are Astyages, Maya, Epimenides, Theano, Anacharsis, and Phalaris. After him are Cleisthenes of Sicyon, Sushruta, Mimnermus, Harpagus, Philip I of Macedon, and Arsames.