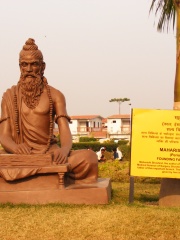 Sushruta, or Suśruta (Sanskrit: सुश्रुत, IAST: Suśruta, lit. 'well heard') was an ancient Indian physician and surgeon known today as the “Father of Surgery” and “Father of Plastic Surgery” or " father of brain surgery "for inventing and developing surgical procedures His work on the subject, the Sushruta Samhita (Sushruta's Compendium) is considered the oldest text in the world on plastic surgery and is highly regarded as one of the Great Trilogy of Ayurvedic Medicine, the Brihat-Trayi; the other two being the Charaka Samhita, which preceded it, and the Astanga Hridaya, which followed it.The Sushruta Samhita is one of the most important surviving ancient treatises on medicine and is considered a foundational text of Ayurveda. Read more on Wikipedia

Page views of Sushrutas by language

Among PHYSICIANS In India