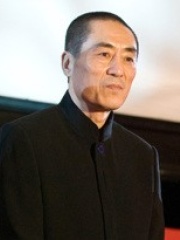 Zhang Yimou ([ʈʂáŋ î.mǒu]; born 14 November 1951) is a Chinese film director, producer, writer and actor, and former cinematographer. He is part of the Fifth Generation of Chinese filmmakers, having made his directorial debut in 1987 with Red Sorghum.Zhang has won numerous awards and recognitions, with three Academy Awards nominations for Best Foreign Language Film for Ju Dou in 1990, Raise the Red Lantern in 1991, and Hero in 2003, Silver Lion and Golden Lion prizes at the Venice Film Festival, Grand Jury Prize at the Cannes Film Festival, and the Golden Bear at the Berlin International Film Festival. In 1993, he was a member of the jury at the 43rd Berlin International Film Festival. Read more on Wikipedia

Since 2007, the English Wikipedia page of Zhang Yimou has received more than 1,241,069 page views. His biography is available in 44 different languages on Wikipedia making him the 130th most popular film director.

Among FILM DIRECTORS In China