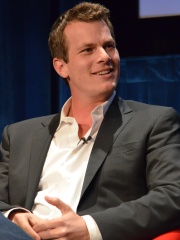 Jonathan Nolan (born 6 June 1976) is a British-American screenwriter, television producer, director and author. He is the creator of the CBS science fiction series Person of Interest (2011–2016) and co-creator of the HBO science fiction western series Westworld (2016–present). Nolan has collaborated on several films with his brother, director Christopher Nolan, who adapted Jonathan's short story "Memento Mori" into the neo-noir thriller film Memento (2000). Read more on Wikipedia

Since 2007, the English Wikipedia page of Jonathan Nolan has received more than 3,274,590 page views. His biography is available in 34 different languages on Wikipedia making him the 876th most popular film director.