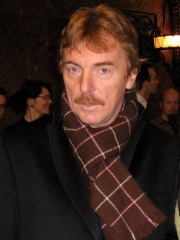 Zbigniew Boniek (Polish pronunciation: [ˈzbiɡɲɛv ˈbɔɲɛk]; born 3 March 1956) is a Polish former footballer and manager as well as current UEFA vice-president. A former midfielder, who was also capable of playing mostly as a right winger and second striker, he is considered one of the greatest Polish players of all time, and was selected by Pelé as one of the 100 best living footballers in 2004.In an 80-cap international career, he scored 24 goals and played at three consecutive World Cups, helping Poland to 3rd place in 1982 and making the Team of the Tournament. Read more on Wikipedia

Zbigniew boniek is most famous for playing for the Polish national team and scoring the winning goal in the 1982 FIFA World Cup.