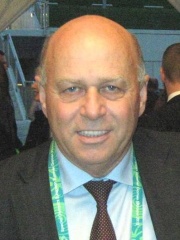 Grzegorz Bolesław Lato (born 8 April 1950) is a Polish former professional footballer and manager who played as a winger. He was a member of Poland's golden generation of football players who rose to fame in the 1970s and early 80s. Over a decade, he represented Poland at five major tournaments starting with Gold at the 1972 Summer Olympic Games in Munich and ending with a third-place finish at the 1982 FIFA World Cup in Spain. Read more on Wikipedia

Grzegorz Lato is most famous for being a former Polish footballer who was a member of the Polish national team that won the gold medal in the 1972 Summer Olympics.