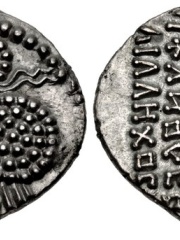 Osroes I (also spelled Chosroes I or Khosrow I; Parthian: 𐭇𐭅𐭎𐭓𐭅 Husrōw) was a Parthian contender, who ruled the western portion of the Parthian Empire from 109 to 129, with a one-year interruption. For the whole of his reign he contended with the rival king Vologases III (r. 110–147) who was based in the eastern provinces. Read more on Wikipedia

Osiris is most famous for being the god of the underworld. He was the son of Geb and Nut, and his wife was Isis. Osiris was killed by his brother Set, who chopped him into pieces and threw them in the Nile. Isis collected all of the pieces and put him back together, but he could not be brought back to life.

Page views of Osroes IS by language

Among politicians, Osroes I ranks 4,106 out of 15,710. Before him are Charles, Duke of Mayenne, Hypereides, Ernest I, Duke of Saxe-Gotha, Francesco Maria I della Rovere, Duke of Urbino, Erwin Piscator, and Teispes. After him are Marine Le Pen, Jacqueline, Countess of Hainaut, Pompeius Strabo, Eleanor of Viseu, Kunigunde of Austria, and Princess Louise of Saxe-Gotha-Altenburg.

Among people born in 50, Osroes I ranks 10. Before him are Apollodorus of Damascus, Simon bar Kokhba, Zacchaeus, Salome, Simon Magus, and Rabbi Akiva. After him are Charaka, Gaius Calpurnius Piso, Yohanan ben Zakkai, Domitilla the Elder, Vologases II of Parthia, and Tiberius Claudius Narcissus. Among people deceased in 129, Osroes I ranks 1. After him are Quadratus of Athens and Diogenes of Byzantium.