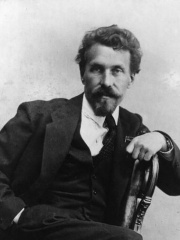 Alexei Ivanovich Rykov (25 February 1881 – 15 March 1938) was a Russian Bolshevik revolutionary and a Soviet politician and statesman, most prominent as premier of Russia and the Soviet Union from 1924 to 1929 and 1924 to 1930 respectively. He was one of the accused in Joseph Stalin's show trials during the Great Purge. Rykov joined the Russian Social Democratic Labour Party in 1898, and after it split into Bolshevik and Menshevik factions in 1903, he joined the Bolsheviks, which were led by Vladimir Lenin. Read more on Wikipedia

Alexei Rykov was a Russian politician who served as the Chairman of the Council of People's Commissars from 1924 to 1930. He also served as the first Soviet ambassador to the United States from 1933 to 1936.

Among politicians, Alexei Rykov ranks 1,185 out of 15,577. Before him are Túpac Amaru, Decebalus, Jeongjong of Joseon, Galeazzo Ciano, Antiochus I Soter, and Jefferson Davis. After him are Alexander Kolchak, Vajiralongkorn, Brennus, Samo, Conrad IV of Germany, and Emperor Wen of Sui.