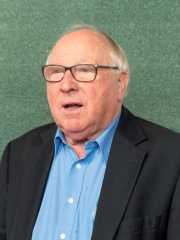 Uwe Seeler (German pronunciation: [ˈuːvə ˈzeːlɐ]; 5 November 1936 – 21 July 2022) was a German footballer and football official. As a striker, he was a prolific scorer for Hamburger SV and also made 72 appearances for the West Germany national team. Usually regarded as one of the greatest players in German football history, Seeler was named one of FIFA's 100 greatest living players by Pelé in 2004. Read more on Wikipedia

Uwe Seeler is a retired German footballer and coach who played for Hamburger SV and the West German national team. He is the only player to have won the European Cup (now called the Champions League) four times, and he is one of three players to have won eight German championships.