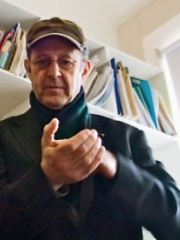 Stephen Michael Reich ( RYSH; born October 3, 1936) is an American composer known for his contribution to the development of minimal music in the mid to late 1960s. Reich's work is marked by its use of repetitive figures, slow harmonic rhythm, and canons. His compositional style reflects his explicit rejection of Western classical traditions, serialism, and indeterminacy, because, unlike these traditions, he sought to create music in which the compositional process was discernible in the music itself. Read more on Wikipedia

Steve Reich is most famous for his minimalist pieces, which are characterized by their repetitive rhythms and melodies.