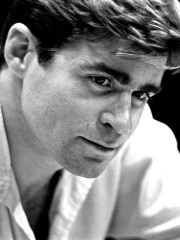 Richard Treat Williams (born December 1, 1951) is an American actor, writer, and aviator who has appeared on film, stage and television in over 120 credits. He first became well known for his starring role in the 1979 musical film Hair, and later also starred in the films Prince of the City, Once Upon a Time in America, The Late Shift and 127 Hours. From 2002 to 2006, he was the lead of the television series Everwood and was nominated for two Screen Actors Guild Awards. Read more on Wikipedia

Since 2007, the English Wikipedia page of Treat Williams has received more than 1,929,820 page views. His biography is available in 27 different languages on Wikipedia making him the 1,884th most popular actor.