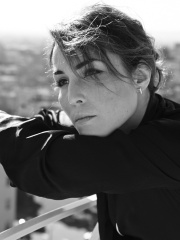 Noomi Rapace (Swedish: [ˈnǒːmɪ raˈpasː] (listen); née Norén; born 28 December 1979) is a Swedish actress. She achieved international fame with her portrayal of Lisbeth Salander in the Swedish film adaptations of the Millennium series (2009): The Girl with the Dragon Tattoo, The Girl Who Played with Fire, and The Girl Who Kicked the Hornets' Nest and went on to become an acknowledged actor in American movies. For her performance in the Millennium series she won amongst others two Nymphe d'Ors, a Swedish Guldbagge Award and a Satellite Award as Best Actress and was nominated for a BAFTA Award, an International Emmy Award and a European Film Award. Read more on Wikipedia