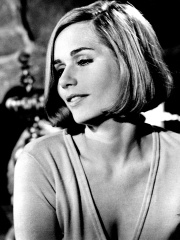 Sally Clare Kellerman (born June 2, 1937) is an American actress, activist, author, producer, singer, and voice artist. Kellerman's acting career spans over 60 years. Her role as Major Margaret "Hot Lips" Houlihan in Robert Altman's film M*A*S*H (1970) earned her an Oscar nomination for Best Actress in a Supporting Role. After M*A*S*H, she appeared in a number of the director's projects: the films Brewster McCloud (1970), Welcome to L.A. Read more on Wikipedia

Since 2007, the English Wikipedia page of Sally Kellerman has received more than 1,357,432 page views. Her biography is available in 32 different languages on Wikipedia making her the 3,233rd most popular actor.