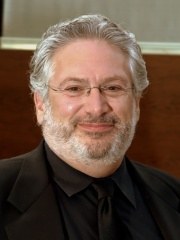 Harvey Forbes Fierstein ( FIRE-steen; born June 6, 1954) is an American actor, playwright, singer and voice actor. He is best known for his roles as Frank Hillard in Mrs. Doubtfire and the voice of Yao in Mulan and Mulan II. Fierstein has won the Tony Award for Best Actor in a Play for his own play Torch Song Trilogy (about a gay drag-performer and his quest for true love and family) and the Tony Award for Best Actor in a Musical for playing Edna Turnblad in Hairspray. Read more on Wikipedia

Since 2007, the English Wikipedia page of Harvey Fierstein has received more than 2,564,827 page views. His biography is available in 24 different languages on Wikipedia making him the 4,766th most popular actor.