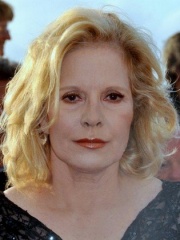 Sylvie Vartan (French pronunciation: ​[silvi vaʁtɑ̃]; born Sylvie Georges Vartanian on 15 August 1944) is an Armenian-Bulgarian-French singer and actress. She is known as one of the most productive and tough-sounding yé-yé artists. Her performances often featured elaborate show-dance choreography, and she made many appearances on French and Italian TV. Yearly shows with then-husband Johnny Hallyday attracted full houses at the Olympia and the Palais des congrès de Paris throughout the 1960s and mid-1970s. Read more on Wikipedia

Sylvie Vartan is most famous for being a French singer and actress. She is best known for her song "Je t'aime (moi non plus)", which was banned in many countries because of its sexual content.

Among SINGERS In Bulgaria