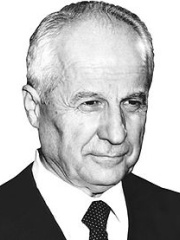 Ahmet Kenan Evren (Turkish: [ˈce.nan ˈev.ɾen]; 17 July 1917 – 9 May 2015) was a Turkish politician and military officer, who served as the seventh President of Turkey from 1980 to 1989. He assumed the post by leading the 1980 military coup. On 18 June 2014, a Turkish court sentenced him to life imprisonment and demotion of his military rank down to private, from army general, for leading the military coup in 1980, obstructing democracy by deposing the prime minister Süleyman Demirel, abolishing the parliament and the senate and abolishing the constitution. Read more on Wikipedia

Since 2007, the English Wikipedia page of Kenan Evren has received more than 326,351 page views. His biography is available in 47 different languages on Wikipedia making him the 1,110th most popular politician.

Among politicians, Kenan Evren ranks 1,104 out of 14,801. Before him are Yang Guifei, Ptolemy IX Lathyros, Takeda Shingen, John III of Portugal, F. W. de Klerk, and Napoléon, Prince Imperial. After him are Ladislaus I of Hungary, Justin Trudeau, Alexander Kolchak, Wenceslaus III of Bohemia, Amenemhat I, and Sarah Churchill, Duchess of Marlborough.