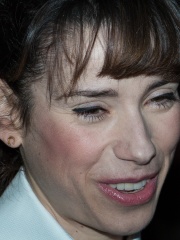 Sally Cecilia Hawkins (born 27 April 1976) is an English actress. She is the recipient of numerous accolades including a Golden Globe Award and the Silver Bear for Best Actress, and has been nominated for two Academy Awards. After graduating from the Royal Academy of Dramatic Art, Hawkins started her career as a stage actor in productions such as Romeo and Juliet (playing Juliet), Much Ado About Nothing, and A Midsummer Night's Dream. Read more on Wikipedia

Since 2007, the English Wikipedia page of Sally Hawkins has received more than 5,415,898 page views. Her biography is available in 46 different languages on Wikipedia making her the 2,073rd most popular actor.