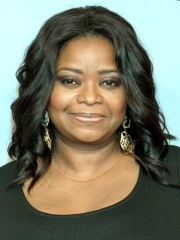 Octavia Lenora Spencer (born May 25, 1970) is an American actress, author, and producer. She is the recipient of several accolades, including an Academy Award, a Golden Globe Award, and three Screen Actors Guild Awards. She is one of two women of color to have received three Oscar nominations and the first black actress to receive two consecutive nominations.Spencer made her film debut in the 1996 drama A Time to Kill. Read more on Wikipedia

Since 2007, the English Wikipedia page of Octavia Spencer has received more than 6,194,890 page views. Her biography is available in 49 different languages on Wikipedia making her the 2,432nd most popular actor.