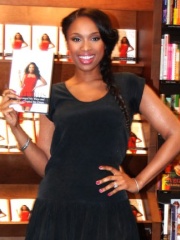 Jennifer Kate Hudson (born September 12, 1981), also known by her nickname J.Hud, is an American singer and actress. Throughout her career, Hudson has received various accolades for both her music and acting, including an Academy Award, a Golden Globe Award, a Daytime Emmy Award, and two Grammy Awards. Time magazine named her one of the 100 most influential people in the world in 2020.Hudson rose to fame in 2004 as a finalist on the third season of American Idol, placing seventh. Read more on Wikipedia

Among actors, Jennifer Hudson ranks 3,896 out of 10,030. Before her are Mary Alice, Mathilda May, Facundo Arana, Michael Kelly, Geraldine Fitzgerald, and Jocelyn Brando. After her are Doug Hutchison, Billy Barty, Rupert Graves, Colin Salmon, Zero Mostel, and Gad Elmaleh.