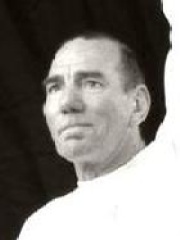 Peter William Postlethwaite, OBE (; 7 February 1946 – 2 January 2011) was an English character actor, who appeared in In the Name of the Father (1993), Dragonheart (1996), Romeo + Juliet (1996), Brassed Off (1996), Sharpe (1997), Amistad (1997), The Constant Gardener (2005), Clash of the Titans (2010), and Inception (2010). After minor television appearances, including in The Professionals, his first major success arose through the British autobiographical film Distant Voices, Still Lives (1988). He had a transatlantic breakthrough when he portrayed David in Alien 3 (1992), and his international reputation was further solidified when he was nominated for the Academy Award for Best Supporting Actor for In the Name of the Father (1993). Read more on Wikipedia

Since 2007, the English Wikipedia page of Pete Postlethwaite has received more than 2,695,255 page views. His biography is available in 44 different languages on Wikipedia making him the 905th most popular actor.