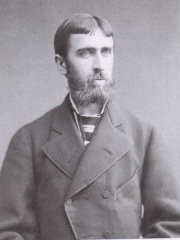 Since 2007, the English Wikipedia page of Infante Alfonso Carlos, Duke of San Jaime has received more than 84,318 page views. His biography is available in 19 different languages on Wikipedia making him the 216th most popular nobleman.

Among noblemen, Infante Alfonso Carlos, Duke of San Jaime ranks 234 out of 559. Before him are John Casimir, Count Palatine of Kleeburg, Saint Margaret of Scotland, Duchess Sophia Frederica of Mecklenburg-Schwerin, Princess Juliane of Saxe-Coburg-Saalfeld, Robert II, Count of Artois, and Theobald III, Count of Champagne. After him are Prince Michael of Kent, Hedvig Elisabeth Charlotte of Holstein-Gottorp, Prince Bertil, Duke of Halland, Grand Duke Alexander Alexandrovich of Russia, Victoria, Crown Princess of Sweden, and Anthony, Duke of Brabant.