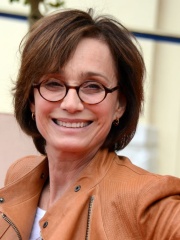 Dame Kristin Ann Scott Thomas (born 24 May 1960) is an English-French actress. Five times a BAFTA Award nominee and five-times Olivier Award nominee, she won the BAFTA Award for Best Actress in a Supporting Role for Four Weddings and a Funeral (1994) and the Olivier Award for Best Actress in 2008 for the Royal Court revival of The Seagull. Read more on Wikipedia

Since 2007, the English Wikipedia page of Kristin Scott Thomas has received more than 4,005,114 page views. Her biography is available in 47 different languages on Wikipedia making her the 899th most popular actor.