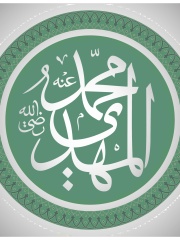 Muhammad ibn al-Hasan al-Mahdi (Arabic: مُحَمَّد بِن ٱلْحَسَن ٱلْمَهْدِي‎, Muḥammad bin al-Ḥasan al-Mahdī) is believed by the Twelver Shia to be the Mahdi, an eschatological redeemer of Islam and the final Imam of the Twelve Imams who will emerge with Isa (Jesus) in order to fulfil their mission of bringing peace and justice to the world. Twelver Shias believe that al-Mahdi was born on the 15th Sha'ban 870 CE/ 256 AH and assumed Imamate at nearly four years of age following the killing of his father Hasan al-Askari. In the early years of his Imamah, he is believed to have had contact with his followers only through The Four Deputies. This period was known as the Minor Occultation (ٱلْغَيْبَة ٱلصُّغْرَىٰ) and lasted from 873 to 941 CE. Read more on Wikipedia

Muhammad al-Mahdi is most famous for his role as the 12th Imam of Shia Islam.

Among religious figures, Muhammad al-Mahdi ranks 299 out of 2,272. Before him are Al-Tirmidhi, Pope John XV, Matteo Ricci, Pope Gregory V, Pope Lucius III, and Pope Sergius III. After him are Ignatius of Antioch, Ulfilas, Pope Anastasius I, Pope Zachary, Pope Gregory II, and Pope Paschal I.