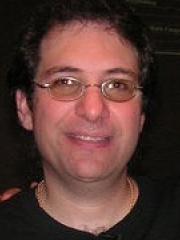 Kevin David Mitnick (born August 6, 1963) is an American computer security consultant, author, and convicted hacker. He is best known for his high-profile 1995 arrest and five years in prison for various computer and communications-related crimes.Mitnick's pursuit, arrest, trial, and sentence along with the associated journalism, books, and films were all controversial.He now runs the security firm Mitnick Security Consulting, LLC. Read more on Wikipedia

Since 2007, the English Wikipedia page of Kevin Mitnick has received more than 2,462,582 page views. His biography is available in 45 different languages on Wikipedia making him the 33rd most popular computer scientist.