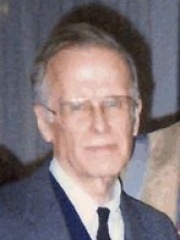 John Warner Backus (December 3, 1924 – March 17, 2007) was an American computer scientist. He directed the team that invented and implemented FORTRAN, the first widely used high-level programming language, and was the inventor of the Backus–Naur form (BNF), a widely used notation to define formal language syntax. He later did research into the function-level programming paradigm, presenting his findings in his influential 1977 Turing Award lecture "Can Programming Be Liberated from the von Neumann Style?" The IEEE awarded Backus the W. W. McDowell Award in 1967 for the development of FORTRAN. Read more on Wikipedia

Since 2007, the English Wikipedia page of John Backus has received more than 301,270 page views. His biography is available in 42 different languages on Wikipedia making him the 21st most popular computer scientist.