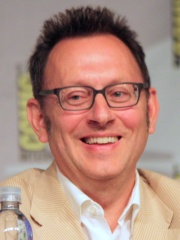 Michael Emerson (born September 7, 1954) is an American film and television actor who is best known for his roles as serial killer William Hinks on The Practice, Benjamin Linus on Lost, Zep Hindle in the first Saw film, Cayden James on Arrow and Harold Finch on the CBS series Person of Interest. Emerson has also worked extensively in theater and narration. He has won two Primetime Emmy Awards and been nominated for three others, as well as receiving other awards and nominations. Read more on Wikipedia

Since 2007, the English Wikipedia page of Michael Emerson has received more than 2,193,490 page views. His biography is available in 37 different languages on Wikipedia making him the 996th most popular actor.